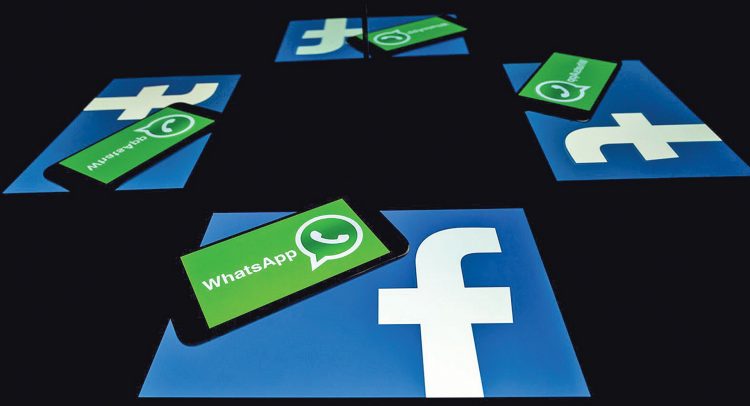 In a written statement, the Competition Board (RK) said it ruled the data-collection requirement should be suspended until the probe is complete.

“The Competition Board has opened an investigation into Facebook and WhatsApp and suspended the requirement to share Whatsapp data,” it said.

In an announcement sent out last week, WhatsApp said users would have to agree to let Facebook and its subsidiaries collect WhatsApp data that includes users’ phone numbers, contacts’ phone numbers, locations and more.

The company warned users in a pop-up notice that they “need to accept these updates to continue using WhatsApp” – or delete their accounts.

The users must accept the changes or see their access to the service cut off from Feb. 8.

Eraslan called WhatsApp’s decision an example of “digital fascism,” saying he expects a penalty to be imposed.

“WhatsApp has exempted European Union countries from the new practice. In the EU, the law on the protection of personal data is quite harsh. WhatsApp not exempting Turkey from its new terms is an example of digital fascism. We have a personal data protection law,” he said.

Eraslan stressed this law does not allow for the messaging app’s move. “What WhatsApp does is illegal,” he said.

The Personal Data Protection Board (KVKK) also announced Monday that WhatsApp’s “mandatory update” would be discussed at Tuesday’s meeting.

Facebook has said European and U.K. users would not see the same data-sharing changes.

Some privacy activists questioned the “accept our data grab or get out” move on Twitter, while WhatsApp’s new usage terms prompted calls for users to switch to other messaging apps.

Rival messaging apps Signal, Telegram and BiP in Turkey have since seen a sudden increase in demand.

Turkish users took to Twitter to voice their concerns and initiated a #DeletingWhatsapp hashtag, which soon became one of the most trending topics.

The Turkish Presidency’s Directorate of Communications and the country’s defense ministry said they were quitting WhatsApp and would move their groups to encrypted messaging app BiP, a unit of one of Turkey’s leading GSM operators, Turkcell.

The head of the Turkish Presidency’s Digital Transformation Office, Ali Taha Koç, also called for users to opt for BiP and Dedi, another app locally developed by Turkish engineers.

BiP has seen a significant surge in new users of the service over the last couple of days.

In a statement Monday, Turkcell said around 4.6 million new users joined the app over the last three days alone. The company rose as much as 3% in Borsa Istanbul Stock Exchange (BIST) trading.

Telegram has become the most downloaded messaging app in Apple’s App Store in Turkey over the weekend, followed by Signal and BiP.

For Android users, Telegram was again first in the Play Store, followed by WhatsApp and BiP. Signal was launched in 2014 with the slogan: “Say hello to privacy.” The app started to be preferred by more users after 2019. It was developed by a nonprofit organization in the U.S., The Signal Foundation and Signal Messenger. Headquartered in London, Telegram was founded in 2013 by two Russian brothers, computer programmers Pavel Durov and Nikolai Durov.With the WhatsApp’s updated usage terms, users are being “illegally forced to accept the breach of their data” if they want to keep using the service, said Berrin Kalsın, a professor at Istanbul-based Ibn Haldun University’s Communication Faculty.

The Ottoman Military: The Janissaries