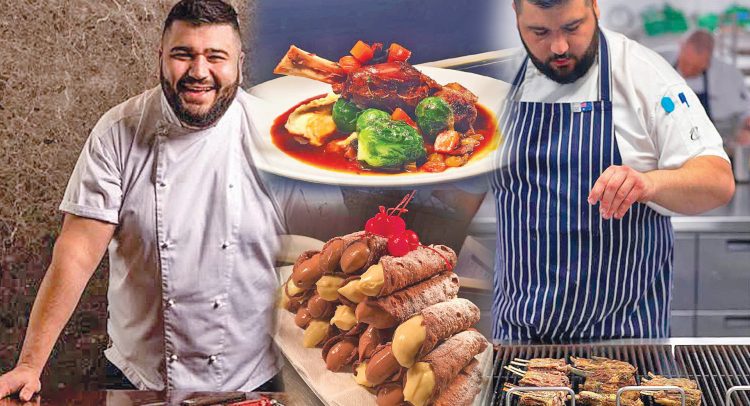 Serkan moved to Australia when he was four. His family’s obsession with all things Turkish food and culture saw him grow up with cooking over coals and fire – seeing that love of food and how it brought people together was what inspired him to get into cooking.

He commenced his apprenticeship at Rockpool Bar & Grill before moving on to Pier in Rose Bay where he completed it. After a break to pursue an engineering degree, his love of cooking pulled him back and he bolstered his skills and his resume with stages at Six Penny, Attica and Brae then three months at Mercado while Quay was renovated. He then joined the Quay team where he worked for three years with the great Peter Gilmore.

Serkan will open Char restaurant in Sydney’s West in January 2020.

Following his Appetite for Excellence journey, he received a call from management at Wenty Leagues who pitched to him an idea they had for a high end restaurant in the West – to which he originally said no.

But growing up in the suburb next door, he soon saw it as an opportunity to bring his refined skills back to the West and to throw himself into the challenges and learnings of opening a brand new restaurant.

Raised in the area, his understanding of the local demographic and the food they like to eat has seen him curate a restaurant and a menu driven by coal and wood fire cooking with nuances of Turkish and Mediterranean cuisine.

Focused on dry aged meats and seafood, Char is a new frontier for Sydney’s West – setting new standards of high end dining in the area.

The new restaurant will aim from 200 covers a day with a concentration of dry aged proteins and a charcuterie program both done in house and lamb cuts like lamb forequarter, belly and riblets featured on menu.

Serkan will also oversee the menu of the adjacent bar with snacks like Turkish adana – lamb belly minced with capsicum juice and cayenne pepper moulded onto a skewer, cooked over coals and served on top of Turkish flat bread spread with confit garlic butter.